END_OF_DOCUMENT_TOKEN_TO_BE_REPLACED

A feature length documentary about Australian popular entertainment across 150 years; of Skating and Dancing, Vaudeville and Moving Pictures. It is the story of entrepreneurs and the grand buildings they created; including two that stood side by side for decades and which shared the same name. Buildings that survived due to the grit and determination of the extraordinary women who ran them.

Narrated by Award winning Director Bruce Beresford (“Driving Miss Daisy”, “Ladies in Black”), you will discover a history previously unknown and amazing entertainment; including footage from Australian Cinema that has not seen in public since their original release.

Over 6 years of research by Les Todd and Anthony Buckley created a detailed manuscript about this duo of theatres with the same name, both at the same location. Only one photo of these two Coliseum buildings is known to survive. Using newspaper descriptions and drawings from the time, the venue has been recreated by PTB Screen to give us glorious visual details about the elaborate interiors of these fabulous theatres. 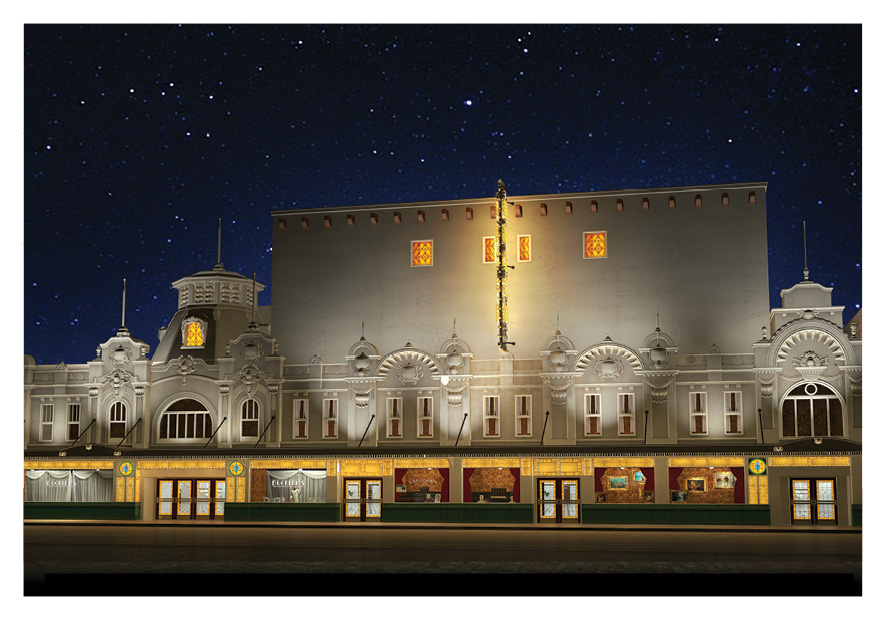